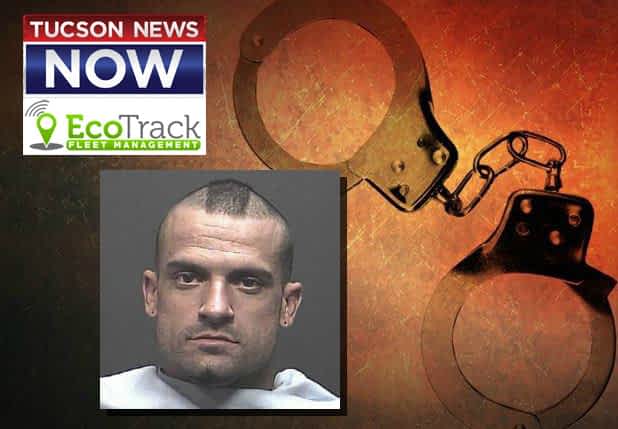 33-year-old Daniel S. Tegart faces third-degree burglary and theft of means of transportation charges after recovering $10,000 to $20,000 worth of stolen plumbing tools.

The arrest started with a tip from a plumbing business in the northwest side.

The service van was already equipped with GPS technology that helps employees monitor the vehicles’ whereabouts while providing service calls.

“We need to know where our plumbers are. If there was a billing discrepancy, how long was he at a job? And that allows us to do that,” said Silverado Plumbing Chief Operations Officer Michael McInnis.

Silverado Plumbing gave sheriff’s detectives consent to review the GPS data to track down where the stolen van was located. It was found empty in the 5400 block of North Shannon Road.

Detectives further reviewed the data to pinpoint where the van made three other stops in the northwest side.

Deputies recovered the majority of the stolen tools on West Tobira. Then at the 2700 block of West Palmyra, deputies recovered a stolen white van that was unrelated to the plumbing business.

“This is what investigators have done in this case. It is careful investigating, it is using all the tools that are available to them at any given time, the electronic means, and good old interviewing that you encounter during the investigation,” Peine said.